Updates from the best club on The Street

Blogs are back and with more great news from the club! We just had an amazing karaoke members night and we have more sports accomplishments to celebrate.

The new officers first members night was a hit! We sang the night away as Gunners belted out “Shallow”, “Bohemian Rhapsody”, “Don’t Go Breakin’ My Heart” and many more legendary performances. So much love with this group of people and we can’t wait for more members nights! Below is a picture of members at karaoke night. 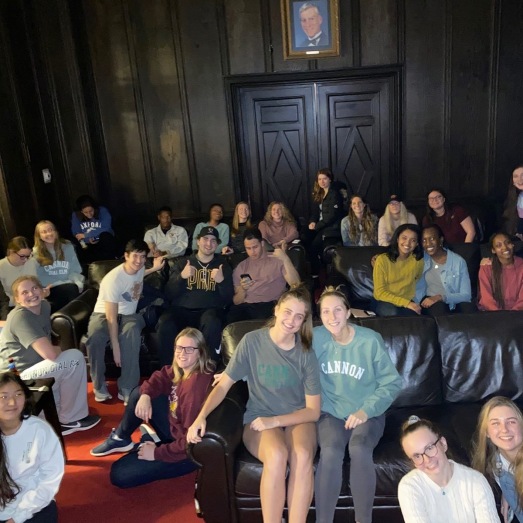 As usual, Gunners have been excelling in Princeton Athletics and I have quite a few updates for you all!

The Ivy League titles just keep rolling in! Women’s basketball has clinched the outright title once again and are currently ranked #21 in the country. Yesterday was senior night and the tigers beat Yale, congrats on amazing careers to our wonderful seniors Bella Alarie and retired social chair Taylor Baur! The men’s basketball team is also doing well and has clinched a spot in the Ivy League tournament. We are so excited for women’s and men’s teams and can’t wait to watch the tournament taking place March 13th-15th! All six games will be be broadcasted on ESPN networks so make sure to tune in. 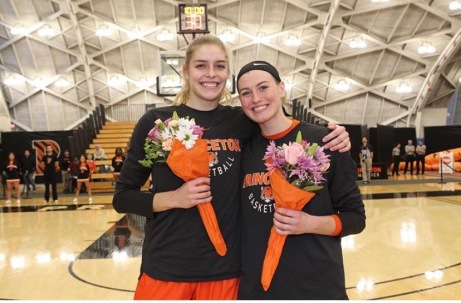 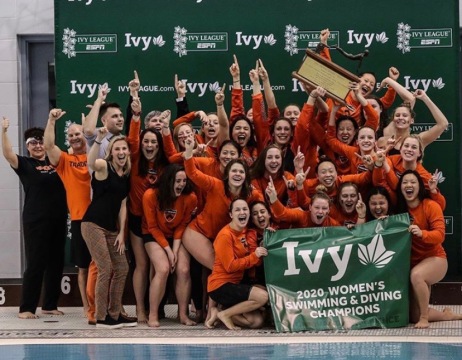 Also, shoutout to men’s lacrosse team who had a huge win last weekend over the reigning NCAA champions, UVA. They continued their success as they defeated Johns Hopkins this weekend. They are now ranked #8 in the nation! In the win over Johns Hopkins, Gunner Chris Brown scored in his 31st consecutive game which is the second longest streak in Princeton history!

On the women’s side of lacrosse, the team won their first Ivy League match-up and in this game Kyla Sears scored her 200th career point. She is only the 8th player in program history to do so and she is just a junior! 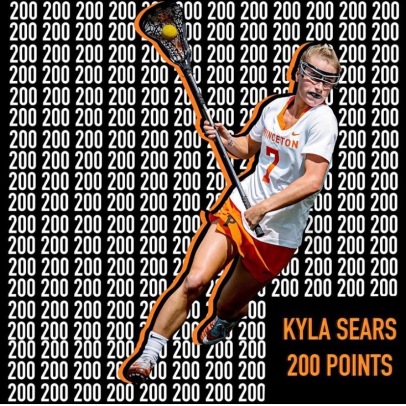 Women’s hockey clinched home ice on the first round of the ECAC tournament and also broke the program record of wins. They played Quinnipiac in a best of three and in the third game Sarah Fillier scored the game winning goal in double overtime! Our retired house mama Carly Bullock had a huge career milestone a couple weeks ago as she reached 150 career points! Carly had an amazing 5 goal and 7 point weekend and was named both ECAC player of the week and NCAA ice hockey’s first star of the week.  Also in women’s hockey congratulations are in order for Claire Thompson, Maggie Connors and our Treasurer Rachel McQuigge for being awarded second-team All Ivy League and Carly Bullock and Sarah Fillier on being awarded first-team All Ivy League. 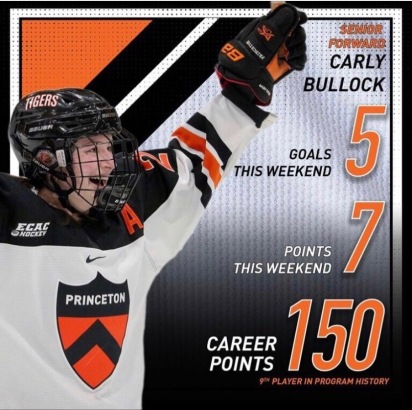 Men’s and women’s track had extremely strong performances at Ivy League championships. The men won their sixth straight Ivy League Indoor Track and Field title and the women placed fourth this year. Senior Gunner Joey Daniels is now the fastest 60 meter hurdler EVER in the history of the Ivy League!!! 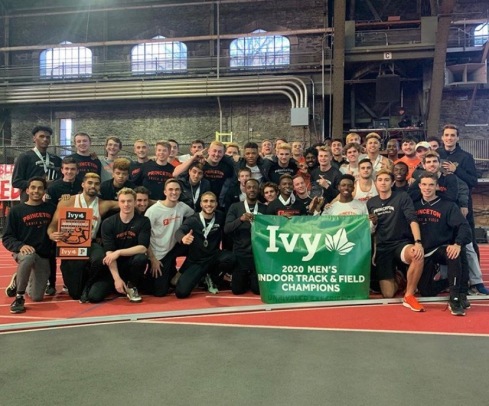 We are also so proud of our very own Kevin Davidson who recently participated in the NFL combine! As you know, he had an awesome senior season and we know that he is just getting started.

If you have comments or suggestions on what you want to see in these blogs please email me (rkpease@princeton.edu) I would love to get feedback! Also, please follow our instagram page @cannonclub!

That’s all for now, I’ll be back in a couple weeks with more updates!